Where old and new meet 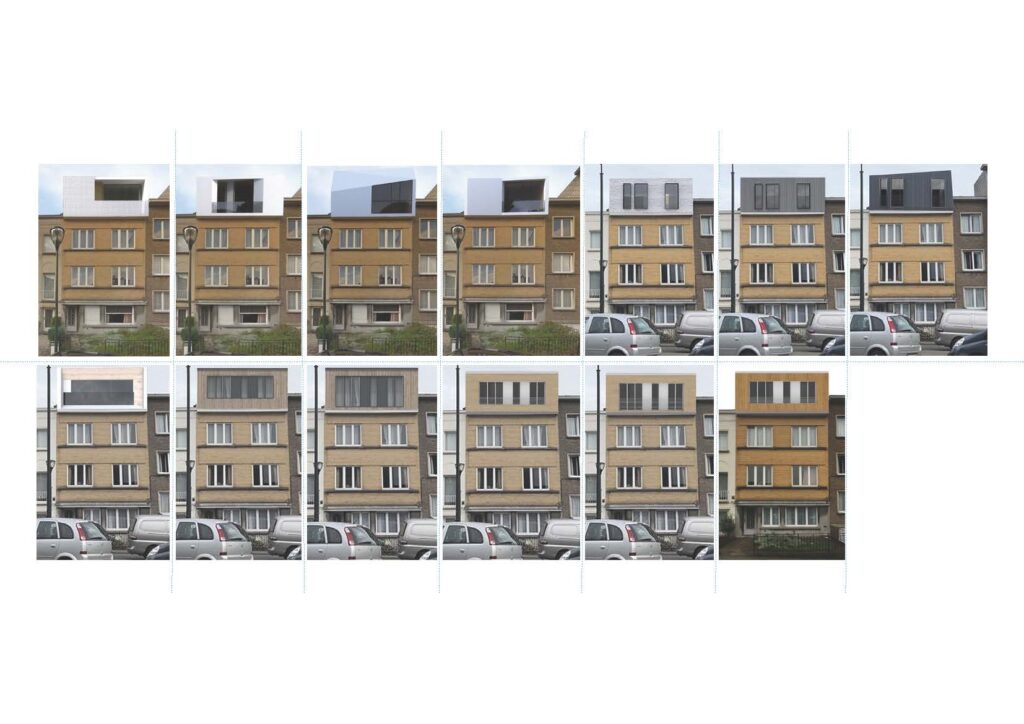 Year: 2020 Building: Brussels architecture: apartment building composed of ground floor + 2 levels of the after-2nd WW period. Scope: The roof needed renovation and instead of simply insulating the roof, the owner has understood the potential of the aerial space and decided to add a residential unit, entirely built with wood structure. Project: Which […] 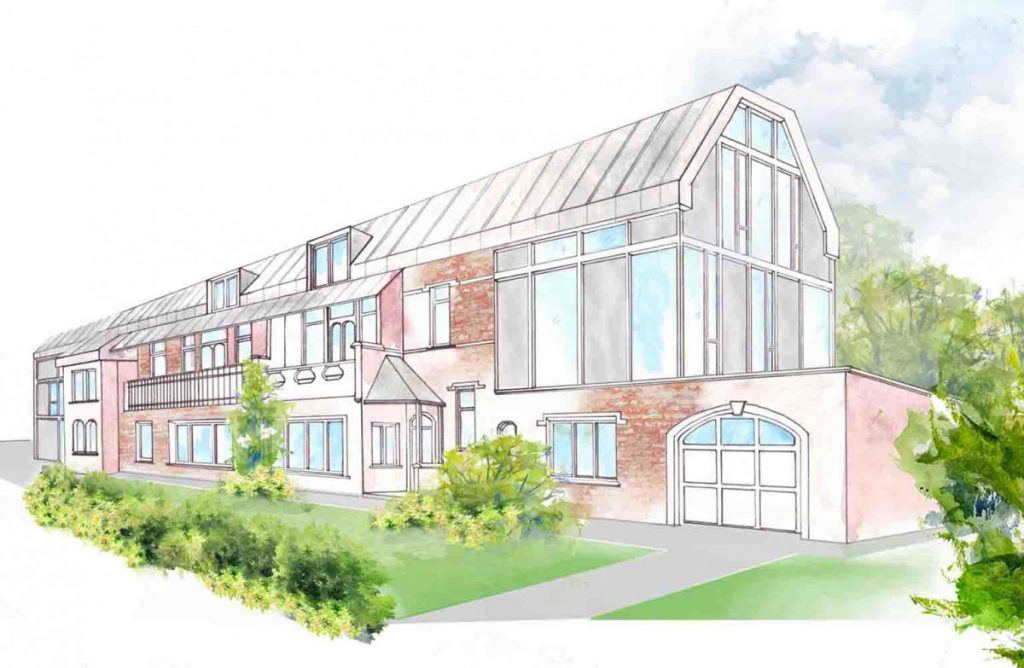 Year: 2020 Building: Building composed of 2 terraced houses of eclectic style from the beginning of the XX century. Scope: To increase the surface either inside or outside the building in order to adapt it to the nowadays’ needing and to use the space differently. Project: Our first idea is a glass extension…tbc… Status of […] 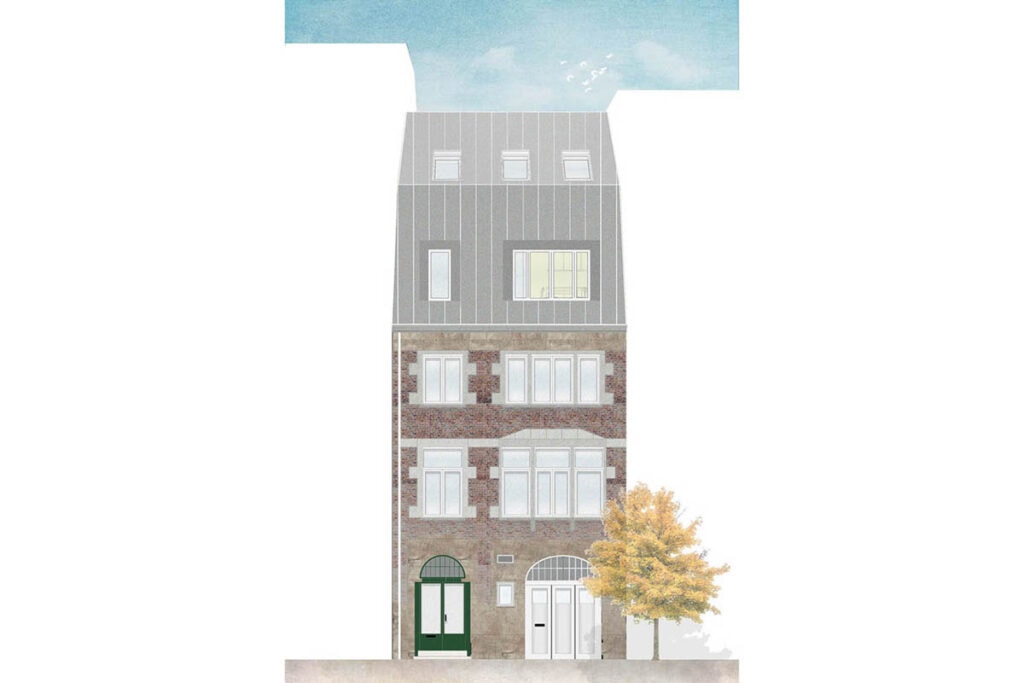 Year: 2020 Building: House extension: Three storey Brussels “Maison de Maître” from the beginning of the XX century composed of a groundfloor + 2 level + flat roof. Scope: The house extension to increase the surface through the adding of 2 levels in order to split the area into 3 different apartments. Project: After some […] 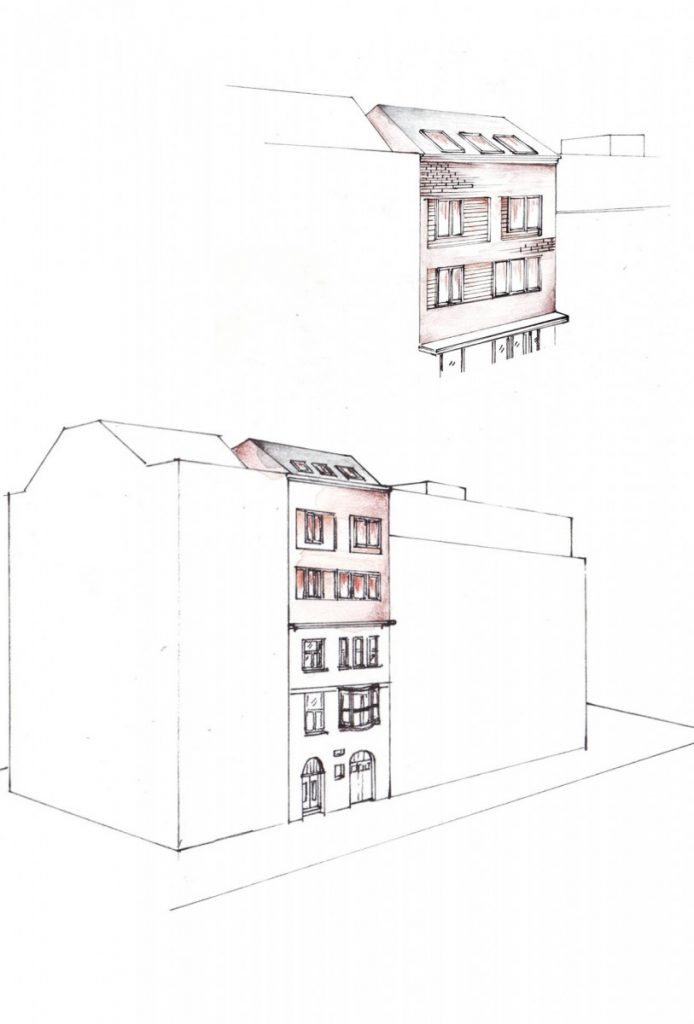 Year: 2017 Building: This three storey Brussels “Maison de Maître” has the possibility to extend the building upwards. Scope: This is a perfect example of how an old building can serve future generations: the raising of the building can make its division possible. The owner can then either transfer the property to the children or […] 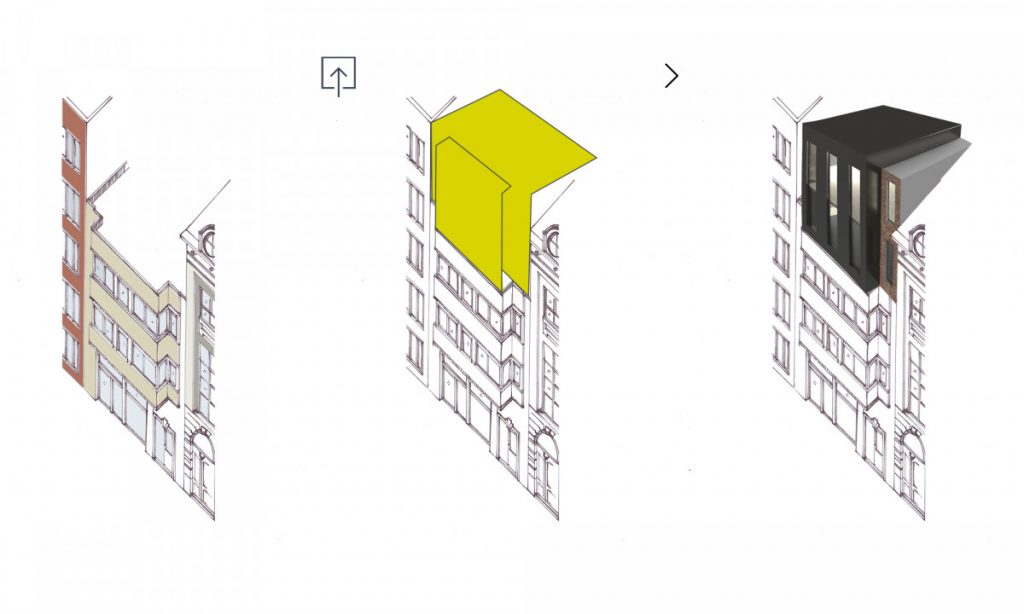 Year: 2017 Building: This is a typical three storey building from the 40’s Scope: The owner wants to investigate whether they can increase annual rental yield by adding a new apartment on the 3rd floor. This would lead to a better energy-performing building thanks to the new rooftop with reduced charges for the tenants and […] 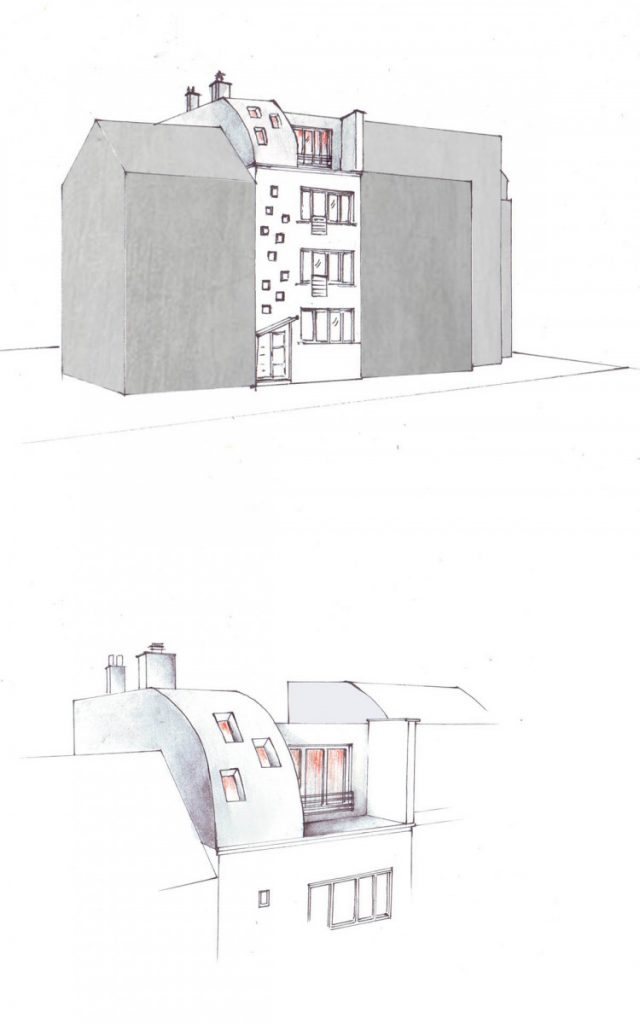 Year: 2017 Building: This is a small three storey apartment building. The rear façade and rooftop are not insulated. The balconies at the rear are old and need renovation. Scope: The owner wants to increase the energy performance of the building by isolating the roof and rear façade. This will lead to lower energy bills […] 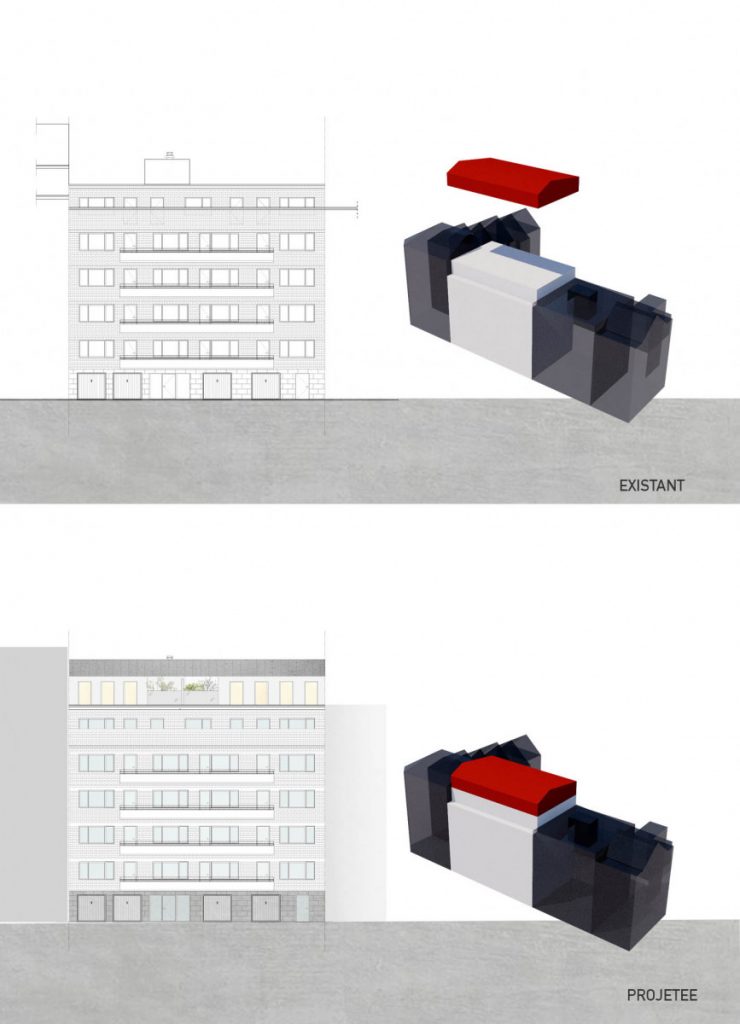 Year: 2016 Building: This building contains 16 apartments and there is a lot of renovation work to be done (common parties regularization with fire prevention, lift, separate meters, entrance of the building to be renovated). Sadly the owners do not have the necessary funds to realize all the works therefore the rooftop has been sold […] 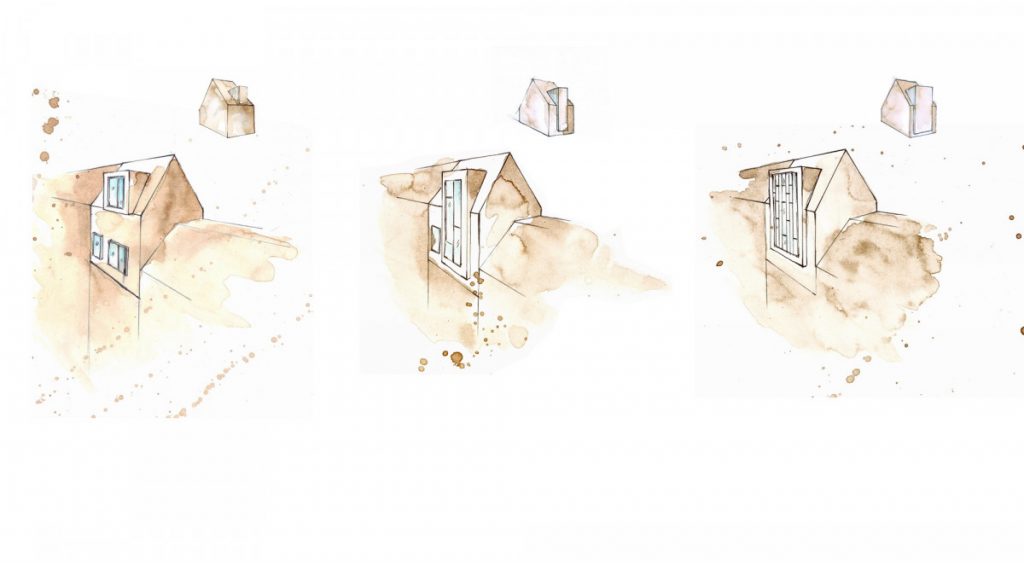 Year: 2016 Building: Typical Brussels single family house from the beginning of the XX century. Scope: The owner wanted to investigate the possibility of splitting the house into 3 separate entities. The problem of the shared stairs is solved through the creation of a second internal stair. This building configuration is very useful for so […] 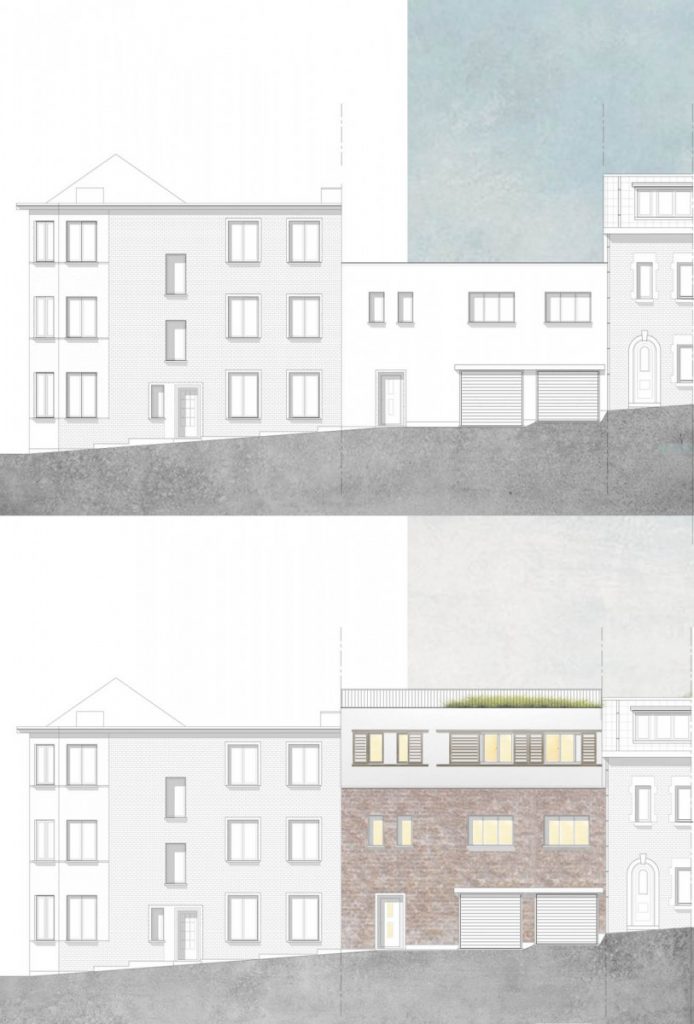 Year: 2016 Building: Small two storey building composed of a ground floor + 1 level. Scope: The owner has bought this small but challenging building given the potential to extend the property upwards. Project: One level is added on top so that the final result is the creation of 2 littles studios. Each studio apartment […] 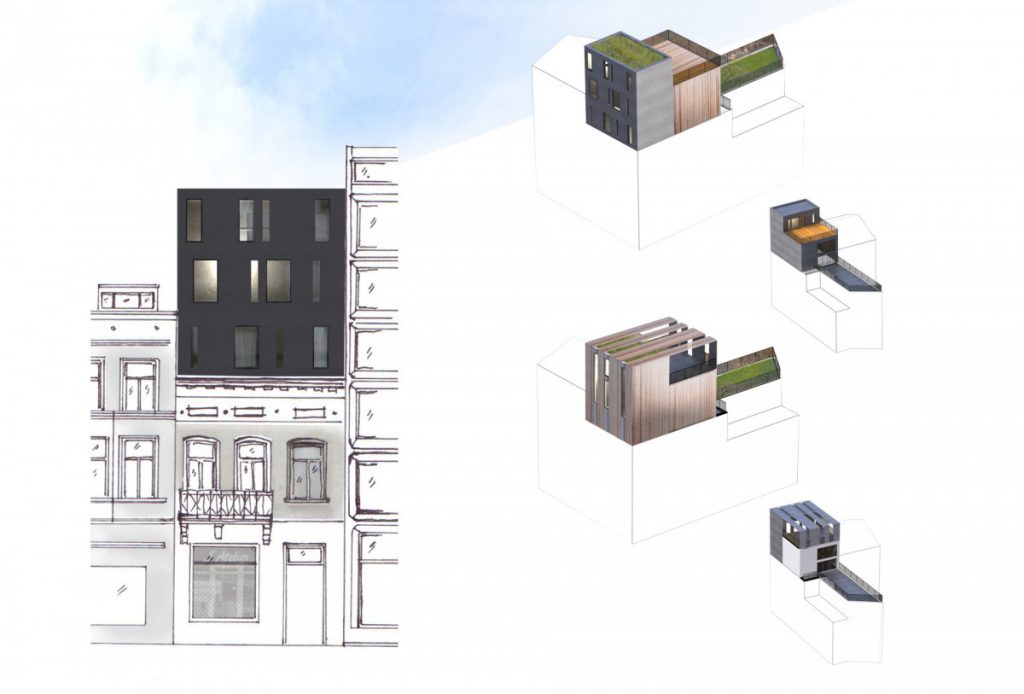 Year: 2015 Building: This is a three storey belle-époque building in serious need of renovation. Scope: The owner wanted to investigate the possibility of adding an extension on the top floor and splitting it into 3 units. This is possible thanks to the presence of higher neighbors. Project: The difference between the old and new […]

This website uses cookies to improve your experience while you navigate through the website. Out of these, the cookies that are categorized as necessary are stored on your browser as they are essential for the working of basic functionalities of the website. We also use third-party cookies that help us analyze and understand how you use this website. These cookies will be stored in your browser only with your consent. You also have the option to opt-out of these cookies. But opting out of some of these cookies may affect your browsing experience.
Necessary Always Enabled
Necessary cookies are absolutely essential for the website to function properly. These cookies ensure basic functionalities and security features of the website, anonymously.
Functional
Functional cookies help to perform certain functionalities like sharing the content of the website on social media platforms, collect feedbacks, and other third-party features.
Performance
Performance cookies are used to understand and analyze the key performance indexes of the website which helps in delivering a better user experience for the visitors.
Analytics
Analytical cookies are used to understand how visitors interact with the website. These cookies help provide information on metrics the number of visitors, bounce rate, traffic source, etc.
Advertisement
Advertisement cookies are used to provide visitors with relevant ads and marketing campaigns. These cookies track visitors across websites and collect information to provide customized ads.
Others
Other uncategorized cookies are those that are being analyzed and have not been classified into a category as yet.
SAVE & ACCEPT